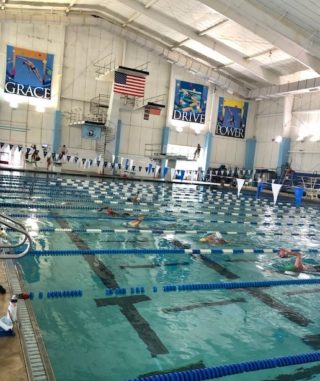 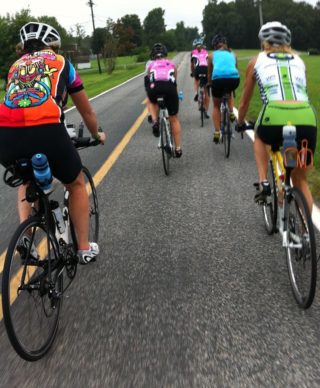 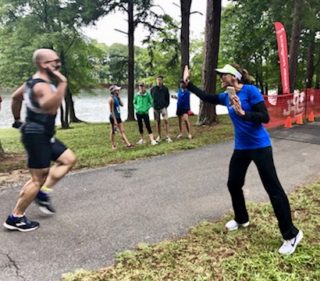 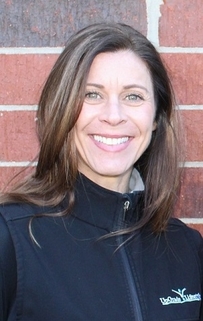 Sarah began swimming competitively at the age of 6 in Rhode Island. At age 15, she enrolled in The Peddie School in NJ to focus on academics and swimming with the goal to earn a scholarship to college. In 1989, Sarah achieved her goal and began her collegiate career at The University of North Carolina Chapel Hill. At the 1989 US Olympic Festival she became the first female athlete to win 6 medals (2 Gold, 3 Silver and 1 Bronze). In 1990, Sarah suffered a compound fracture to her right arm. This injury motivated and empowered her to work on her core and leg strength while rehabilitating her upper body. In less than one year, Sarah earned NCAA All-American honors and became a US National Champion, ranking Top 16 in the World in sprint freestyle events. She competed for the United States National Team through 1995, setting an American Record in 1993.

Sarah graduated with a BA in Psychology from UNC Chapel Hill. She met her husband, Greg at UNC Chapel Hill where they swam and trained together every day! In the late 1990s, the couple moved to the Lake Norman area and worked in the financial industry. After an extensive back surgery in 2000, Sarah and Greg welcomed their two beautiful daughters, Marissa and Morgan, into the world.

In 2005, Sarah founded UpGrade Lifestyle, a wellness company offering personal strength training, triathlon and multi-sport training, registered dietitian services, and life coaching. TEAM UPGRADE was formed and consists of multi-sport athletes who participate in local, regional, national and international events. Since 2005, Sarah has participated in all run and triathlon distances. She has developed programs which focus on creating a healthy, active balance in our everyday lives. She has educated, motivated and empowered multi-sport athletes (ages 6-70s) to achieve their goals. Sarah knows what it takes to train at the highest level, overcome obstacles and is passionate about sharing her expertise with members in our community. 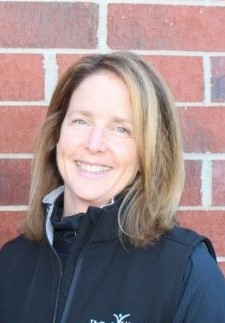 Jill grew up in Scarsdale, New York, moving to Huntersville in 1990.  She graduated from Lehigh University with a bachelors degree in Electrical Engineering. Jill swam competitively through her teenage years.  In her 20’s she became a certified aerobics instructor and taught for 7 years in Connecticut while working at IBM.

While raising her three daughters with husband David, in 2007 Jill ran her first 5K and was then introduced to triathlons through Tri It For Life and completed the Ramblin’ Rose in 2008.  She has served on the TriItForLife Board of Directors for 5 years, serving as President in 2012.  Jill’s interest in triathlons turned quickly into a passion as she has completed over 40 triathlons, from sprint to international to 140.6 distance, in NY, GA, VA, FL, NC & SC. She has raced Lake Logan 70.3, IM 70.3 Augusta, Raleigh and Lake Placid. Jill placed 3rd in her division in the Beach 2 Battleship 140.6 in October 2013.  She enjoys sharing her experience to help others reach their fitness goals.

Jill left the corporate world to join UpGrade Lifestyle as a personal trainer and triathlon coach in 2014.  Always having the upmost respect for Sarah Hart and the mission of UpGrade Lifestyle, this was a perfect fit.  In 2016 Jill became a partner and continues to enjoy helping athletes reach their full potential in a positive and rewarding environment.

Interested in joining our TRI Swim Classes or in private swim lessons to work on technique and pacing for multi-sport or open water swim?